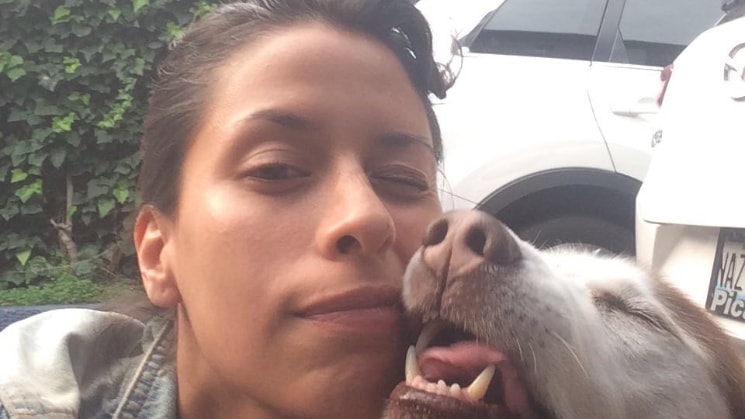 My name is Vanessa del Pozo Sánchez. I am a lively, loyal, and hardworking person, and for as long as I remember, I have loved animals -specially pets... and specially dogs.

I live in Amsterdam, and I just recently finished my Master’s degree in Brain & Cognitive Sciences in the UvA. This program implied two years of tons of laboratory and academic work, which became tedious and boring for me. Because of that, I am currently looking to branch out from Academia and go back to one of my earlier favourite activities: working with dogs. I say “earlier” because while I studied my Bachelor’s program in Biology (in Mexico), I had two part-time jobs. I was head waitress of a restaurant, and I was a dog-walker for an adoption center in my neighbourhood.

My main motivation for applying to this job is twofold. Firstly, I want to help out people in Amsterdam to give a good life and proper treatment to their pets. Pets bring their owners countless joys and reasons for inspiration, and it is only fair that we -as a society- give something back and keep them as happy as possible. As I mentioned earlier, I worked in an adoption center in Mexico. We had personnel that spotted and collected stray dogs from the streets so that we could care for them until somebody could adopt them. My main task was walking these dogs and playing with them in the nearby parks, priming them to actual human interaction and affection.

I know firsthand that pets appreciate such affection to an unparalleled extent, and providing it to some degree is incredibly fulfilling for me. This brings me to the second part of my motivation to apply: I am convinced that my interaction with pets will make me as happy and inspired as I ever was when I worked with animals and learned from them. This is an important point to make, because I have learned a lot from being around animals. Either by being examples of humility, everlasting good-willingness, and sociableness, or by being cause for my studying their behaviour and anatomy in order to save them from harm, these animals have made my life incredibly richer.

I live in Amsterdam Oud West, very close to Vondelpark and Westerpark. I typically go running in these parks, so I know their corners almost by heart. They are both great areas to take pets to.

Vanessa did a great job watching my 2 dogs overnight for multiple nights in a row. The dogs seemed to have a really good time and even slept with her at night (which is not common for them with a new sitter)! She was very responsive and was even kind enough to accept a few deliveries while I was out of town. Highly recommend!

Vanessa is an awesome sitter and Kiki was very happy with her. I could enjoy my weekend trip knowing that kiki was in good hands ☺☺

I studied biology due to my love of nature. I did courses of mammals (of Mexico) and a basic course of zoology. I will be delighted by taking care of your dog. I can take care of it and make sure that it will have a great time and lots of love. I lived all my life with dogs, so I learned how to read their necessities. I'm a very athletic person that can go for a run at any time if you have a very active dog.

Unfortunately, I can't take care of cats at my place because I'm allergic, but I can go and check it, a small allergy is never bad in exchange of a purr ;)